Fasting Kiwi Muslims must continue moon-gazing despite an official letter mistakenly proclaiming the end of Ramadan being leaked on social media.

The Federation of Islamic Associations of New Zealand (FIANZ), which is responsible for declaring the end date for the month-long daylight fasting ritual, is concerned two draft letters it had ready to publish on its website may have been hacked after being made public early.

Islam follows the lunar calendar, with the timing of Ramadan dictated by moon sightings. The letter advised Muslims two sightings of the moon had been confirmed on Tuesday night.

FIANZ spokesman Dr Anwar Ghani said on Tuesday no moon sightings had been confirmed in New Zealand or Fiji. Muslims in both countries would continue Ramadan with end celebrations starting on Thursday. 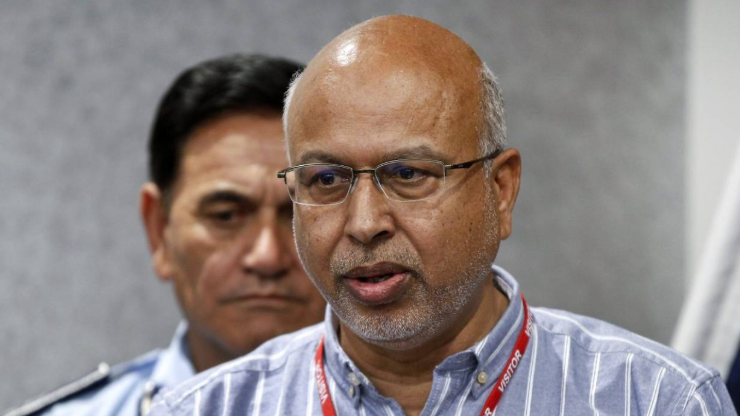 Federation of Islamic Associations of New Zealand spokesman Dr Anwar Ghani is concerned two draft letters it had ready to publish on its website may have been hacked.

The organisation believed the website was hacked at 6.30pm on Tuesday and had reported it to police.

Ghani said the correct information would be distributed by FIANZ and Muslims who may have received the wrong information should not be negatively affected.

Ramadan and a post-fasting prayers and celebration over three days, Eid, are the most significant events in the Muslim year.

On Tuesday night, Muslims around New Zealand went moon-spotting to help determine when the month of fasting would officially be declared over.

The Hilal (Arabic for moon) committee waited for two to three hours after sunset to receive news of the moon sightings and conferred with Muslim leaders in Fiji.

Christchurch chef Mahmood Moh’d, who owns Boteco cafe and restaurant, plans to cook a special Eid meal on Wednesday for his customers, some of whom will be Muslims celebrating the end to fasting.

The Jordanian said Ramadan was particularly challenging as a chef.

“It’s hard because you are cooking and smelling. I try my food all the time, but with experience you know what you are doing so you can get perfection without tasting it.”

Moh’r usually visited the Al-Noor Mosque for Friday prayers but is thankful he did not go on March 15.

Instead he was hosting his father and brother who were visiting New Zealand from for the first time.

The attacks had been a huge shock and disaster, Moh’d said.

“These people, I know them personally, they come here, they eat here, they love the food, they love to talk to me, I go to their houses and all of a sudden this happened and you don’t see them anymore and you feel very vulnerable, you feel like anything could happen to you.”

This Eid in Christchurch would be different, Moh’d said, with the community still mourning the loss of 51 brothers and sisters killed in the March 15 terror attacks.

“..you have the joy and the happiness still, you are going to see your friends in the morning, you greet them and you talk to them and we will miss a lot of them the 51 people.”

Moh’r said despite the mourning it would be healing for the families to celebrate Eid together.

“The kids will have a play and we will enjoy as much as we can because I believe we were brought to this life for peace and love and we will practice that as well.”