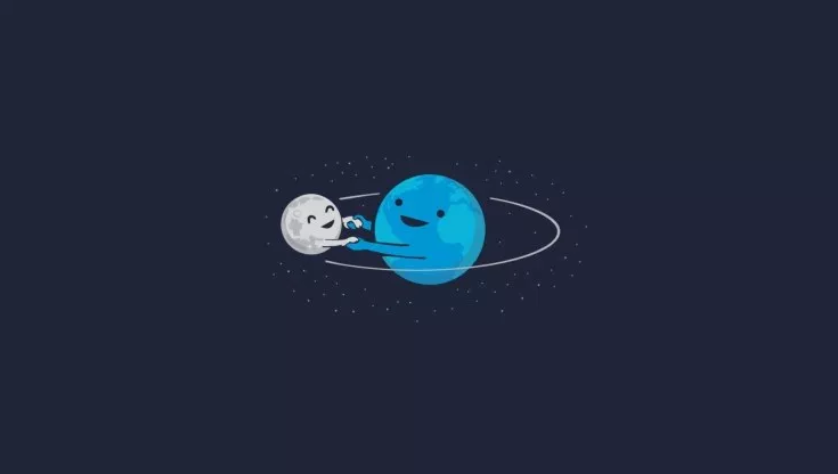 The end of the Ramadan is coming up and that means we get to be rewarded with the ultimate cream of the crop: Eid. One of the most popular pursuits of Muslims during this period is to try and decode the Eid problem: why do our Turkish, Egyptian, Moroccan or Somalian friends celebrate Eid al-Fitr on different days?

Eid falls on the first day of the month Shawwal. This month, and therefore also Eid, begins the day after the night where the young crescent becomes clearly visible (right after the astronomic new moon). Now, how can it be that Eid al-Fitr gets celebrated on different days? Don’t we base ourselves off of the same moon?

Well, this has all to do with how it gets determined whether the Ramadan is over or not. There are 4 frequently used methods to do this.

The Ramadan is over when there’s a crescent visible after sunset. So often, people just look if they can see it in the sky. This doesn’t mean that if all people used this method, everyone would celebrate Eid on the same day though. Nowadays, people use the international dateline to determine the transition from one day to the other. The arbitrary decision to place the dateline (a distance of one hemisphere away from Greenwich) determines on which day something happens. So, if we say that Australia celebrates Eid a day before the USA, it is because it was determined by convention.

One of the other reasons why some people celebrate Eid on another day, is because they follow the example of Mecca. If, for example, the people in Mecca celebrate Eid al-Fitr on a Wednesday, then the people who use this method, will celebrate it on this day too. Other communities follow the eid-news closely to see where the new moon has been seen anywhere on earth or if it has been visible in their home country already.

Nowadays, it is possible to calculate way ahead on which day Eid will happen. In some areas, people trust this method to be able to keep this day free. The crescent is often hardly visible to the naked eye but still, people celebrate it on the day that follows up.

Calculation of the observation

The last method is a combination of the first and the third. In this method, people calculate when the young crescent will be visible to the naked eye. This is an ideal way to reconcile the traditional decision with the technology and calculations that are at our disposal nowadays.
All these accepted methods, conditions and situations make it very hard (and whether or not impossible) to celebrate Eid on the same day all over the world. Because of the growing trust in scientific calculations of the moon phase, people will start to use it more frequently.

Islamic calendar is a lunar calendar. Months span from a new moon to another. Canonically Islamic traditions holds it that, the sighting of a crescent moon marks the start of a new lunar month. A  moon cycle takes approximately 29.53 days. So a month can either have 29 or 30 days.
Traditionally moon-sighters check for crescent moon sightings on the  29th night. If there is any sighting , they declare the start of the next month else it is implied that the current month has 30 days.
Moon sighting is a tough job. The moon sets just minutes after the sun sets during its new moon phase. Besides this, the weather might also impede the sighting.

The moon-sighters in the Indian sub continent might sight the moon a day later than the people in the Arabian peninsula. The 2.5 hour difference doesn’t factor much into fraction of the visible part of moon. Logically it would  infer that the month would start on the same day without any discrepancy. however Islamic society in general still prefers to follow the traditional method of sighting of the moon to decide the month . Two different cities in a same state might start a month on two different days.

It’s a widely debated issue among the Islamic jurisprudence scholars. Some scholars argue that sighting of the moon to start a month was a convenient way during the early stages of Islam but since the development of astronomical sciences and global communication networks it would be better to depend upon scientific calculations. However, it is important to remember that we do not stand above nature and that the scientific method isn’t waterproof.