Eid Ul Adha
Of the two Islamic Eids, Eid Ul Adha, that Muslims are currently celebrating worldwide, is well known for being the time of the year when Muslims offer a sacrifice to God by way of slaughtering livestock and offering much of the meat to those in need. The term Eid Ul Adha loosely translates as the “Sacrifice Feast”, highlighting the centrality of sacrificing animals during these holy days. While Muslims have carried out this practice since the days of our beloved Prophet, the act has recently come under scrutiny from various animal rights campaigners, as well as certain governments, who dispute the compassion within the way in which Muslims slaughter. All meat eaten by Muslims must be deemed as Halal.

What Is Halal?
Halal is a legal term that is central to Islamic law. It essentially means “permissible” or “lawful”. Halal meat is therefore meat that is permissible for Muslims to eat. In order to be deemed halal, Islamic law dictates that the meat must be drained of blood, the eating of which is forbidden for Muslims. Tying in with this, to be Halal, the animal must be killed by a swift and profound incision into the neck of the animal, cutting its jugular vein. This process is claimed by many Muslims to be both efficient in removing blood and being merciful to the animal. As well as this, to be halal, the slaughterer must say, “In the Name of God” (according to some, also saying “God is Great”) before each kill, seen by Muslims as a way of blessing the meat.

Is This Method Torturing of Animals?
The main controversy surrounding this method of slaughter is in relation to whether or not the animal is stunned before the kill. Many Muslims argue that the animal should be fully conscious before being killed and so should not be stunned. Stunning the animal with electricity is a common practice which some believe reduces the pain felt by the animal. The Farm Animal Welfare Council (FAWC) reports that animals can stay conscious for as long as 20 seconds after their throat is cut; this opens the door for the possibility of the animal feeling for a painfully long time.

The reality though is that in the U.K., one of the few western European countries who have not moved to ban non-stunned slaughtering, between 84% and 90% of animals slaughtered for halal meat are in fact stunned before killing. Other countries such as Denmark, Switzerland, Sweden, Norway and Iceland have all completely banned the practice of killing an animal without stunning it beforehand. In this sense, halal slaughter is typically as ethical as non-halal slaughter, in terms of causing the animal pain. But at this point the question must be asked; should that be enough for Muslims?

Halal and Tayyib
Is being rendered “as ethical” as the common method of doing something a point on which Muslims should rest? Going back to the Quran, Muslims are repeatedly guided towards eating meat that is not only halal, but tayyib as well. This Arabic word goes beyond lawful and into the realm of wholesome, good, agreeable and pleasant. So it is not enough to rest on our laurels just because we think we’ve ticked the necessary boxes to deem our food as being “legal”; we’re being called to a higher and more ethical way of being. Capturing the soul of what we’re being asked to do goes beyond securing only the superficial matters. 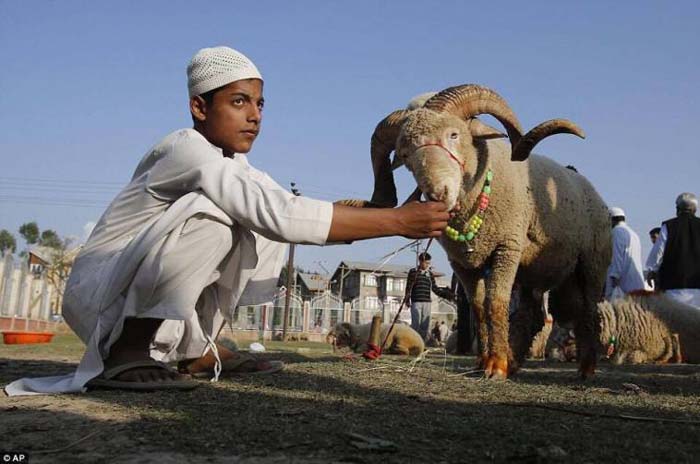 Politicising the Issue
While there is certainly a need for Muslims to do more to ensure that the handling and slaughtering of livestock is as ethical as can be, with the welfare of all animals being taken care of. However, as with any issue, the context within which issues are being raised must be analysed as stringently as the issue itself. Could it be said that the concerns being raised by many actors on this issue is politicised? It is interesting to note that one of the moves that the Nazis made against the Jews in pre-war Germany was the banning of Kosher slaughter, the Jewish equivalent of Halal slaughter, that is not dissimilar in practice to its Islamic relative. This happened approximately 2 years before the Nazis moved to implement the notorious Nuremberg Laws that denied Jews a range of basic civil rights. The Nuremberg Laws denied German Jews the right to citizenship in Germany, as well as prohibiting them from marrying non-Jewish Germans. While it would be somewhat alarmist to say that Muslims are facing the same challenges as German Jews in the 1930’s, it would also be naïve to deny the existence of certain similarities. Indeed, the European Jewish Congress went as far as calling Belgium’s Walloon region’s ban of kosher and halal slaughter, approved this year and to come into effect in September 2019, as being, “the greatest assault on Jewish religious rights in Belgium since the Nazi occupation of the country in World War II”.

Ethical Farming
While our Jewish cousins have gone through a torrid time of antisemitism in Europe over the past centuries, it is Muslims who are facing unprecedented levels of discrimination over the past 15 years. It is difficult to ignore this reality when observing the wave of movement against halal slaughter in much of the western world. However, it is crucial that this does not become the only factor that is considered by Muslims when we are challenged on Halal slaughter.

Becoming reactionary, or exceedingly defensive, will not be helpful. There is a need for dialogue on this issue, and perhaps more importantly, research into the area of Halal methods of slaughter. Going beyond halal, Muslims need to be working to ensure that our methods of treating animals merely ticks the boxes of halal while ignoring the tayyib aspect; it becomes more difficult to reconcile many modern livestock practices with the concept of tayyib. Rather than simply debating those who are targeting halal, we should be leading from the front in terms of how we treat animals.

And there are already examples of farming that is not only halal and tayyib, but exemplary in terms of holistic ethics. Willowbrook Farm in the United Kingdom is but one such example; they are committed to avoiding any type of harmful herbicides or pesticides, while also seeking to use renewable sources of energy as well as minimising pollution and waste. The biological and physiological needs of the animals they rear are well considered, even if this impacts on profit margins. We have been called to be Stewards of the Almighty on this earth, and should treat it, and all that inhabits it, with care and compassion.