‘I wish I was stronger.’ Sarah said, looking at her hands. ‘I’ve worn the hijab everyday of my life since I was fourteen.’ She sighed. ‘Now I put it on in the morning, go to work and take it off in the parking lot. I don’t feel like myself.’

Sarah and I were sitting in the masjid. She had come by to pray, after a day at her office where she worked as a speech therapist.

It had all started with the job interview. It would just be that once, she had promised herself, just that once that she would take her hijab off. She wanted to be treated fairly, that’s all, she had reasoned.

Sarah’s family shook their heads at her when she initially insisted to go with hijab. ‘It’s been awhile since you’ve been in the workforce.’ Sarah’s father had explained. ‘No one wants to hire a woman with hijab. You have to seem progressive, modern.’ Sarah was reluctant. 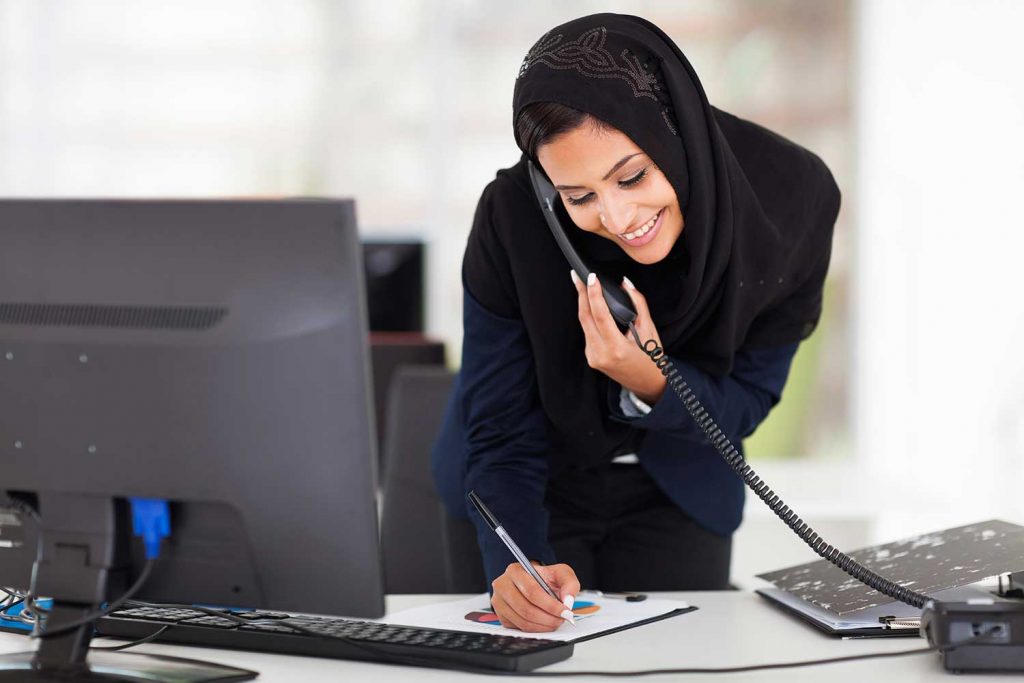 ‘Why not just for the interview? You can put it back on after, if you like.’ Her husband had suggested. ‘You want them to give you a chance, that’s it. So you’re not judged before you even speak.’

Okay, just for the interview, she finally agreed. Then it was the orientation. She had just met her employer and she didn’t want to shock them too much just yet.

The first two weeks went by with Sarah’s hijab left in the passenger seat of the car. She wanted to make friends, settle down a bit more, feel comfortable before bringing her hijab out. Weeks went by. Six months. A year.

It had been two years now. And Sarah was miserable.

‘What has been like for you?’ Sarah asked me. ‘Did you ever feel like no employer would take you seriously with the hijab?’

But somehow, it simply never occurred to me that taking it off for a job opportunity would even increase my chances.

I told Sarah about my own job search. I recently got the job I had dreamed about after being unhappy in my current job for far too long. I wore my hijab to the interview. They didn’t say a word about it, but actually, I like to think my hijab helped.

Sarah was incredulous but by the time we left the masjid, she had firm resolve. Next week, she would not take her hijab off in the parking lot. She would stride into her workplace, as herself.

For many of us, the hijab can be called into question when it is seen as an obstacle to the opportunities we seek. Sarah and the many Muslim women like her should not feel the need to compromise such an essential part of themselves just to get what they want. Every second of wearing the hijab is heavy in the sight of God and there is wisdom in wearing it in any situation.

So here are five reasons you should keep your hijab on when seeking a job opportunity, for all the girls like Sarah. 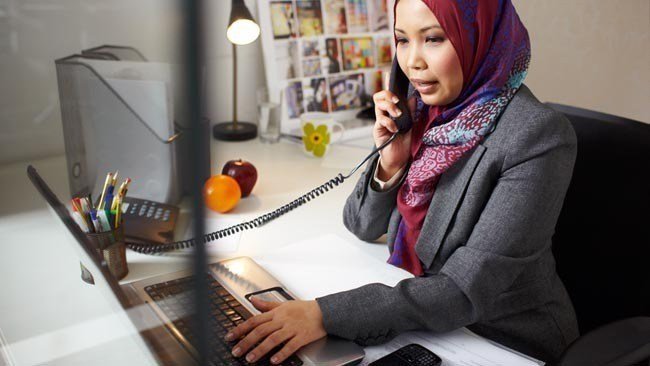 Let’s face it, whether we like it or not, people remember us. Sure, this doesn’t work in your favor when you’re running late, trying to slip into class without the lecturer noticing, but in an interview, this works for you.

You want to seem unique, and chances are, you’re the only one who turned up to this interview wearing a hijab. You have already set yourself apart from the rest before you even say a word. What you say is more likely to be remembered and your face will be distinguished from the rest in the interviewer’s mind. And anything that leaves an imprint on your interviewer is a huge plus for you!

As a Muslim, you know what it’s like to be a minority. To not always have the same access to things other people take for granted. The fact that you even have to consider whether you should wear your hijab to an interview proves it!

But this also means, you possess one thing that many people do not.

You can empathize. You can relate to the misunderstood, the insecure, the unheard – because unfortunately, you’ve been there. Empathy is essential when working with the young, working with the old, teaching, healing, selling, creating – you name it. So don’t be afraid to use it as a valuable tool in your skill set.

Forbes has recognised empathy as a quality that often sets successful companies apart from the rest. And if empathy equates to higher success, why wouldn’t your potential employer want to hire you?

Being a visible Muslim is not easy. And most people know that. Yet, you still wear your hijab with pride and dignity. Wearing the hijab in this society takes bravery, confidence and patience, and these are all qualities that are highly valuable in the workplace. The fact that you hold fast to your values, especially with the current depiction of Islam, shows that you have integrity.

So as you sit there, discussing your experiences, consider your hijab the loyal wingwoman by your side, whose presence is worth more than words can say.

Perhaps your potential employer does have some preconceived notions about Muslim women. You see it as soon as you walk into the room. The surprise in their eyes. A double check of the list on their clipboard. An uncertain handshake.

Speaking to someone who may not expect much of you is all the more reason to hold your head up high, and smile wide. You turn their image of an uneducated, submissive Muslim woman upside down and give them some real substance to work with. Essentially, them setting a low bar for you means that you will almost certainly surpass their expectations of you and dazzle them with your confidence.

Also, you get major dawah points.

You Filter Out The Bad Ones

If a prospective employer does turn you down because of your hijab, realize that this is so much better for you in the long run. For someone to turn you down just because of your faith and outward appearance shows a lack of understanding and progressiveness that does not make for very effective work culture. And you don’t want to work in a place like that.

Consider it a loss for them, and a blessing for you that you found out now rather than later. And move on to a workplace that will value you for who you are.

This article was written by Salma Zarook