Officials from SAMA masjid noticed irregularities in the certificate and reported to FIANZ. Upon investigation it has been found that the displayed certificate was a forgery. 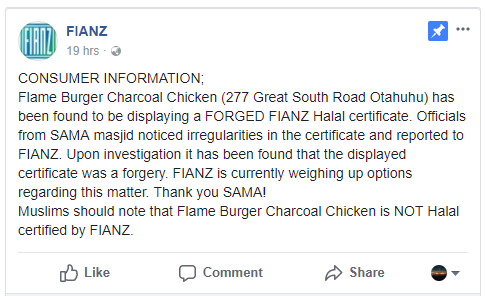 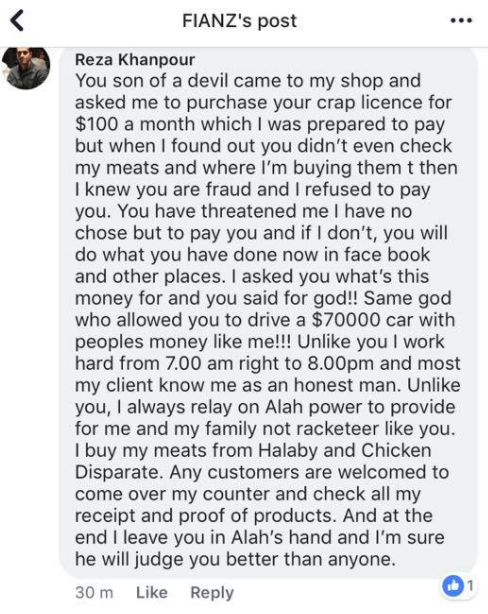 The business owner, Reza Khanpour, is still claiming to be purchasing meat from halal sources.

The owner may have acted wrongfully in forging the halal certification, however, Muslims should give him a chance and allow him to verify the legit purchase of halal meat.

The restaurant is located in Otahuhu, Auckland. Here are the details.