You might think of halal as just being a set of Islamic rules about meat, but the global halal industry incorporates everything from medicines to cosmetics. And the industry is growing fast.

One report valued the global halal food and beverage market at $1.37 trillion in 2014, which represented 18% of the entire market, and the number of Muslims worldwide is expected to increase from 1.6 billion in 2010 to 2.8 billion in 2050, according to Pew Research Center.
In Europe, the halal market is growing at an estimated annual rate of between 10-20% — depending on what products you include — a demand driven by a general desire for Sharia compliance among a growing Muslim population, according to Paulius Kuncinas, business analyst and managing editor, Asia, at Oxford Business Group.
Halal is an Arabic word meaning permissible according to Islamic Sharia law, and can refer to both goods and services acceptable to Muslims. It can encompass food, catering, medicines, and clothing such as sportswear, according to a report by Euromonitor International.
Halal products are typically known as being pork free, alcohol free, and for the specific method of slaughter. The animal should not be stunned, but killed by a cut to its throat, and the procedure must be performed by a Muslim.
The process varies from certifier to certifier, and can sometimes also include ensuring that the producers are not involved with alcohol or pork, Kuncinas explains. “The suspicion is that you may contaminate the produce,” he says.
Because the rules are so stringent, halal is all about credibility and quality control, and one country hoping to benefit from its strict halal standards is Brunei. 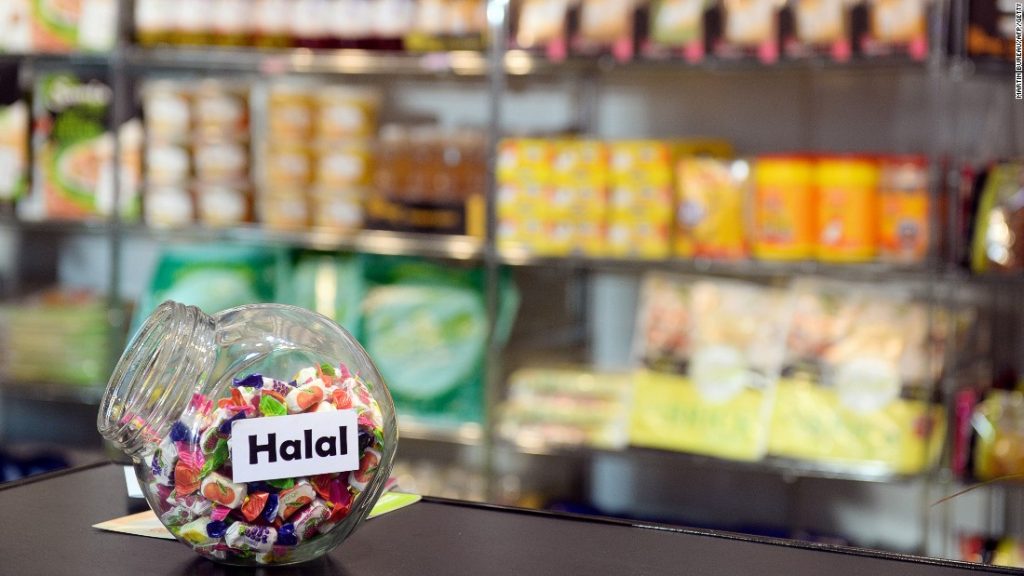 The small southeast Asian kingdom has in recent years built a strong reputation as a halal producer, part of a move to diversify its economy away from oil and gas. And it is well positioned to succeed, with a reputation as a country that adheres strictly to Sharia law, Kuncinas explains.
In Brunei, even the cook preparing the meal must be Muslim, which is not the case in Muslim countries such as Malaysia, says Ibrahim Badawi, executive chairman of Brahim’s, a Malaysian company producing halal ready meals.
“Brunei has probably not been promoting as much halal as what Malaysia has done,” he says, “but the potential is there. “The strength of Brunei’s halal industry basically comes from the government,” adds Badawi, “because it’s actually governed by the government. It’s a single body — not like certain countries where they don’t have the government but individual companies doing halal … and the credibility is not there. “ 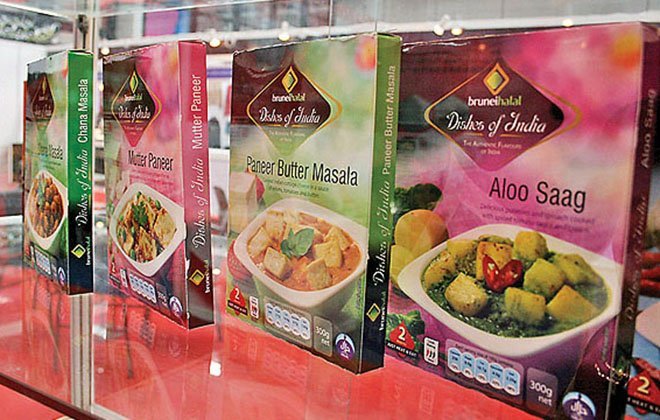 He adds that although Brunei may too small to sustain large-scale animal agriculture, the meat need not be reared within the country itself to be halal.
“The Brunei government has farms in Australia that do halal slaughter,” Badawi says. “To ensure that the meat is slaughtered according to the proper rites, someone has to be there at the time of slaughter.”
Halal cosmetics being tried at a trade show in Kuala Lumpur.
Brunei Halal, a company run by the Brunei government, with its products certified by the Islamic Brunei Religious Council, has seen success in the UK, where its meat, snacks, drinks and spices are sold by supermarket chains Tesco and ASDA.
Brunei has also been courting investors in the UK, and beyond, for its “Bio Innovation Corridor,” an industrial and technological park in Brunei that will promote the development of halal industry in the country.

The appeal of halal can extend beyond religious rules. Kucinas says that even some non-practicing Muslims consider halal products to be of superior quality. To them a halal certification is a stamp of approval that signifies wholesomeness and high quality due to rigorous controls and checks throughout the supply chain.
He compares it to the way some Western shoppers associate organic produce with better quality. “While the West has a burgeoning organic food market, the Muslim countries have halal,” he says.
But in contrast to organic produce, which typically costs more than non-organic, halal products are not generally more expensive says Kuncinas.
And these days, halal producers are branching out beyond food.
“I just visited the leading annual halal exhibition in Kuala Lumpur (Malaysia), and it is becoming a very broad movement in terms of products,” says Kuncinas. “You even have halal beverages nowadays. Non-alcoholic sparkling wine produced by the likes of Cava is but one example,” he adds.

Halal pharmaceuticals and cosmetics are also taking off. Creams, makeup and medicines can contain animal fat, gelatine, and other animal residues and the halal products are either completely vegan or checked to ensure there are no ingredients forbidden by Islamic law.
According to Euromintor, there are now halal foundations, blushers, lipsticks, anti-agers and skin whitening products, with Unilever Indonesia among the companies producing halal cosmetics.
“It’s one of the most promising and potentially high value-added industries,” Kuncinas says.
Source: CNN
Halal Info